Homage to ten years of the V10 engine: the Audi R8 V10 Decennium

We are excited to announce the Audi R8 V10 Decennium! This is going to be a very rare car, with only 20 making their way to Canada. Read more below from Audi AG!

A 456 kW (620 hp) V10 engine, bronze-colored highlights inside and out, and strictly limited: Audi is celebrating the success story of the V10 engine with the Audi R8 V10 Decennium (combined fuel consumption l/100 km: 13,1 [18.0 US mpg]; combined CO2 emissions in g/km: 297 [478 g/mi]*). The edition model with 222 units coincides with the sales launch of the new Audi R8. The name Decennium comes from Latin and means “decade.” It stands for ten years of fascination on the road and success in motorsport.

Right from the exterior design, the Audi R8 V10 Decennium makes its character abundantly clear. The special model is available as a coupé and painted in exclusive Daytona Gray, matt effect. The milled 20-inch wheels and the intake manifold of the 5.2 FSI engine are finished in matt bronze. The front spoiler, the side sills and the diffuser are painted in gloss black, supplemented by black Audi rings and badges on the exterior. The side blades and the exterior mirror housings are made from gloss carbon fiber. Alternatively, there is a choice of the exterior colors Daytona Gray, pearl effect; Suzuka Gray, metallic; Floret Silver, metallic; Mythos Black, metallic; Ascari Blue, metallic and Kemora Gray, metallic.

The interior of the Audi R8 V10 Decennium is also finished entirely in black, with the inlays in gloss carbon fiber adding highlights. The quilted rhombus pattern stitching on the sport seats is finished in gloss black; the contrasting stitching in a gloss copper tone. The selector lever and the steering wheel – with Alcantara rim and black 12 o’clock marking – feature copper-colored stitching, as do the center armrest, the door armrest and the door rail.

A “Decennium” logo adorns the center console, the doors, the inlays in the gloss carbon fiber door sill trims as well as the logo projector. The badge in the center console stands out visually from the gloss carbon fiber around it. It comes with a partially matt finish – a process patented by Audi. The surface of the material is roughed a few thousandths of a millimeter using a special powder. The door light projects the “Decennium” logo onto the ground, supplemented by the model’s sequential limited-edition number. As with all R8 variants, the Audi virtual cockpit and the MMI navigation plus come standard.

A decade of success: the V10 engine in the Audi R8
The V10 naturally aspirated engine found its way into the Audi R8 in two versions in early 2009 – with a displacement of 5.2 liters, direct injection and a maximum output of 386 kW (525 hp). 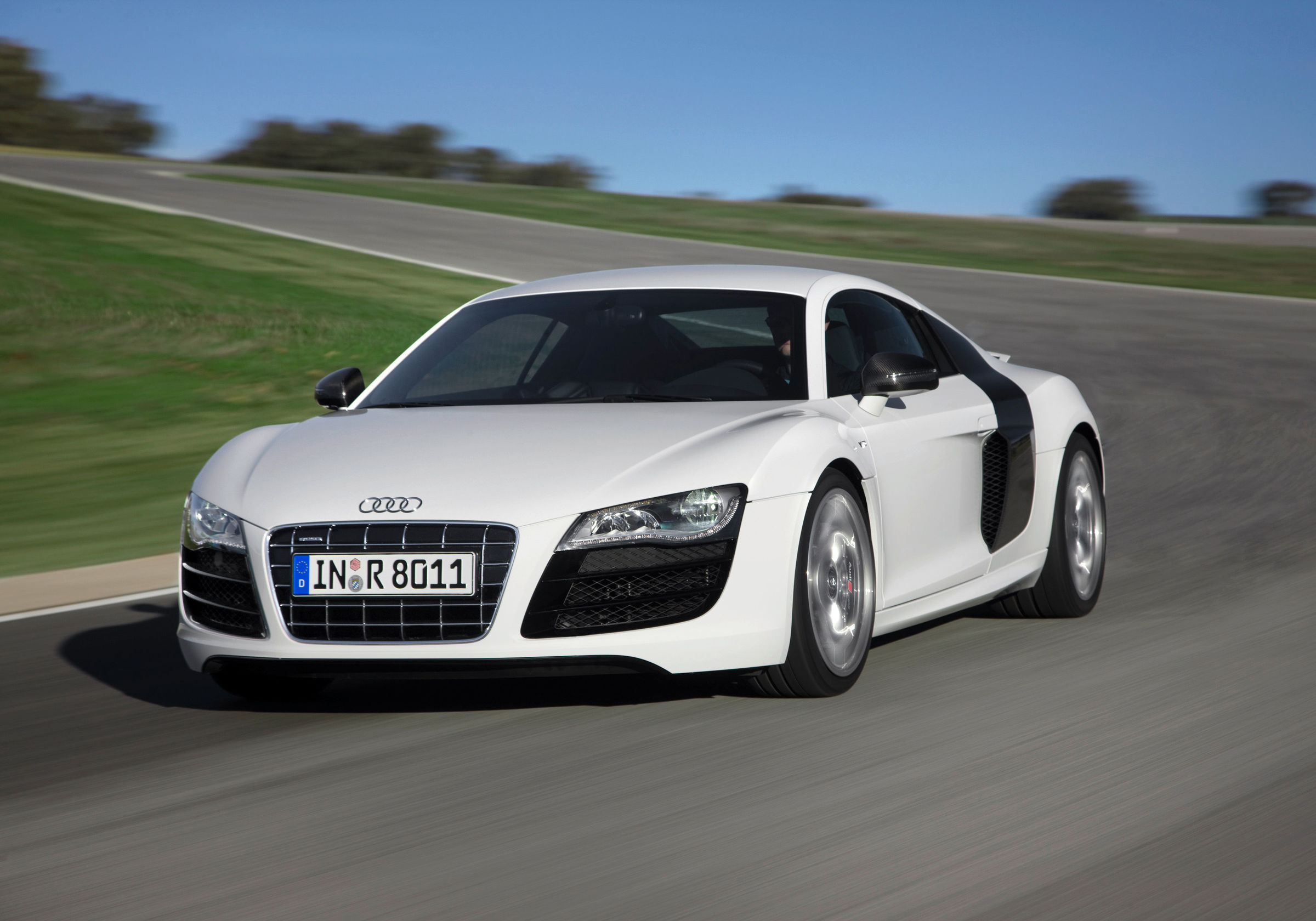 Audi extensively overhauled the 5.2 FSI for the second-generation R8, which followed in 2015: The addition of intake manifold fuel injection improved the exhaust gas characteristics, a COD system (cylinder on demand) disabled five cylinders in partial-load operation, thus increasing efficiency. And the fascination potential grew too: The 5.2 FSI now responded even more directly and revved up even faster. The sales launch offered a choice of variants with 397 kW (540 hp) and 449 kW (610 hp). The current upgrade further increases the power output to 419 kW (570 hp) and 456 kW (620 hp). 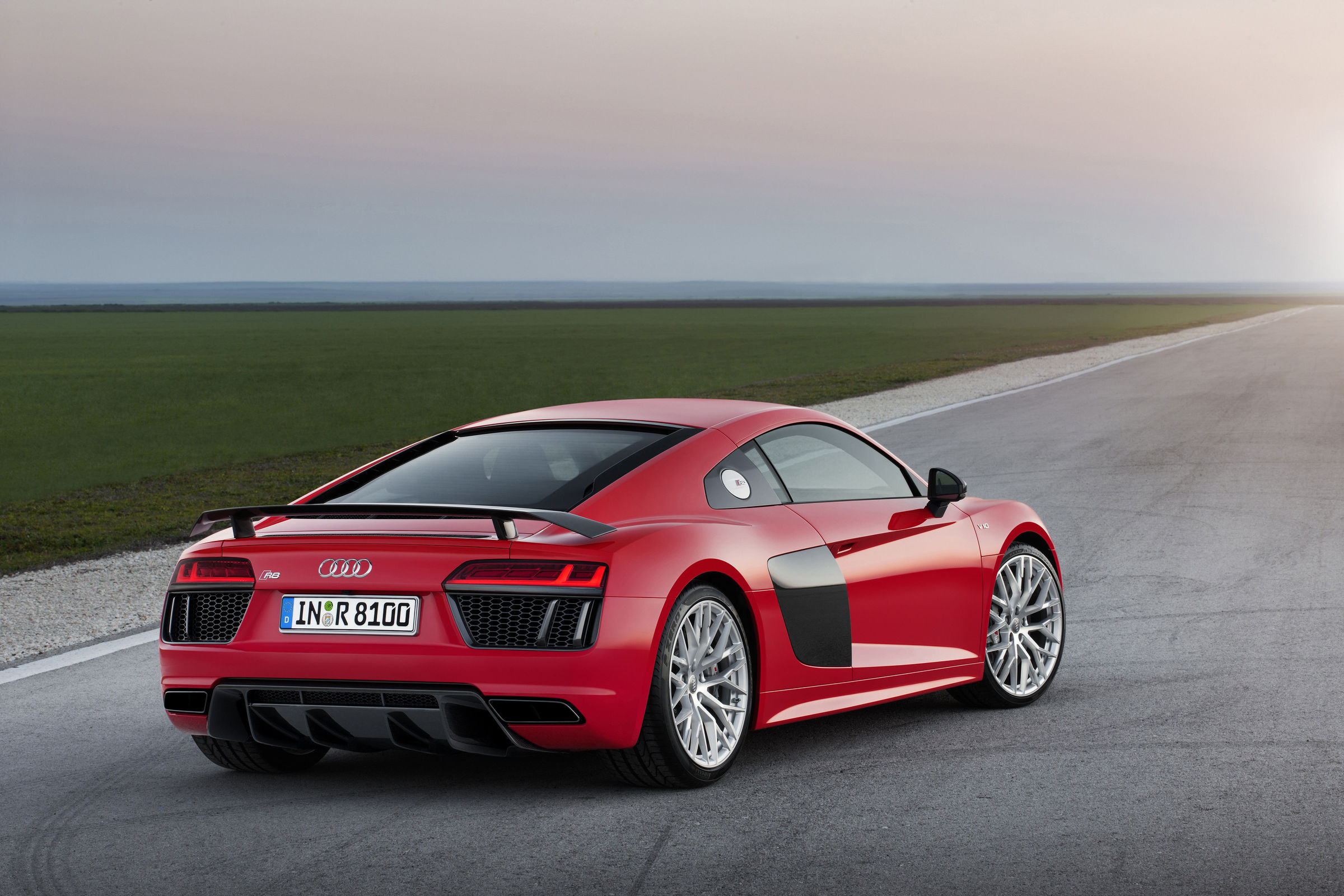 The defining characteristics of the V10 unit come from motorsport, including the high-rev concept up to 8,700 rpm and the dry sump lubrication that permits a low installation position. The cylinder banks of the V10 engine face each other at 90 degree angles. The crankshaft is designed as a common-pin shaft and alternates the ignition intervals between 54 and 90 degrees. The cylinder firing sequence of 1 – 6 – 5 – 10 – 2 – 7 – 3 – 8 – 4 – 9 creates a unique pulse and an unmistakable sound. At a maximum speed of 8,700 rpm the pistons cover an average 26.9 meters (88.3 ft) every second – surpassing today’s Formula One figures. At this speed, the piston experiences an acceleration equivalent to a load of around two tons at its reversal points. 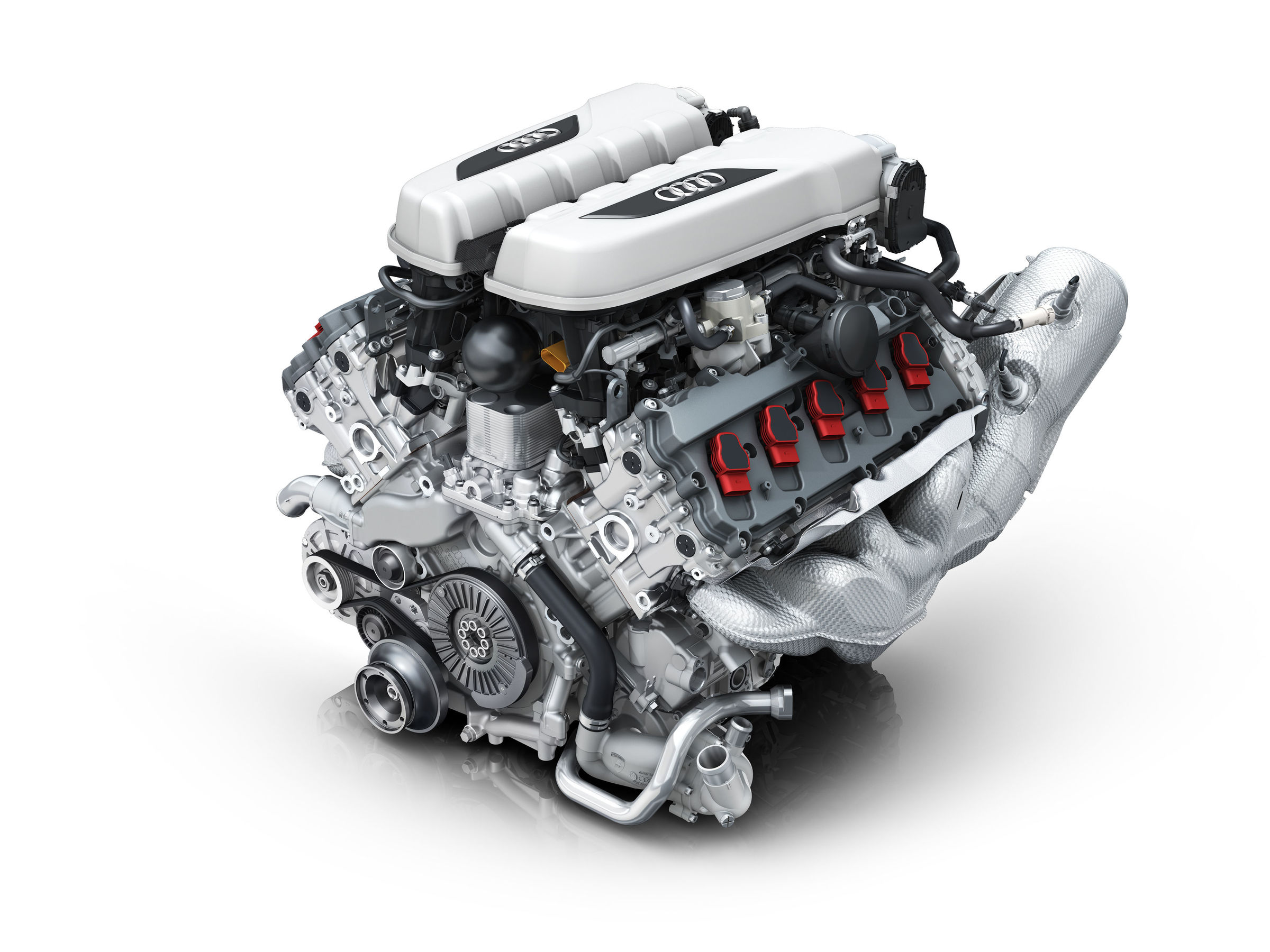 The heart of the Audi R8: the V10 naturally aspirated engine

The high-performance engine also achieved great success on the racetrack, making its debut in the GT3 Sport in the Audi R8 LMS in 2009. The R8 LMS ultra followed in 2012, along with the second-generation R8 LMS in 2015, which was upgraded in fall 2018. In early 2018 the R8 LMS GT4 joined Audi Sport’s customer sport program. In both GT categories the 5.2 FSI has only minimal differences to the volume-production engine. It dispenses with dual injection, in the intake passage there is an air restrictor, the control unit map characteristics and the bearing shells have been modified. With a service interval of 10,000 kilometers (6,213.7 mi) and mileage of 20,000 kilometers (12,427.4 mi) to the first overhaul, the 5.2 FSI sets new standards in motorsport. Many teams are even using it for additional cycles.

By the end of 2018, the drivers of the Audi R8 LMS GT3 won 62 overall driver rankings and 78 further titles in class rankings. The Audi drivers took overall victory in 24-hour races eleven times. Seven victories at 12-hour races and three wins at 25-hour races round off the ten year track record of the GT3 sports car. 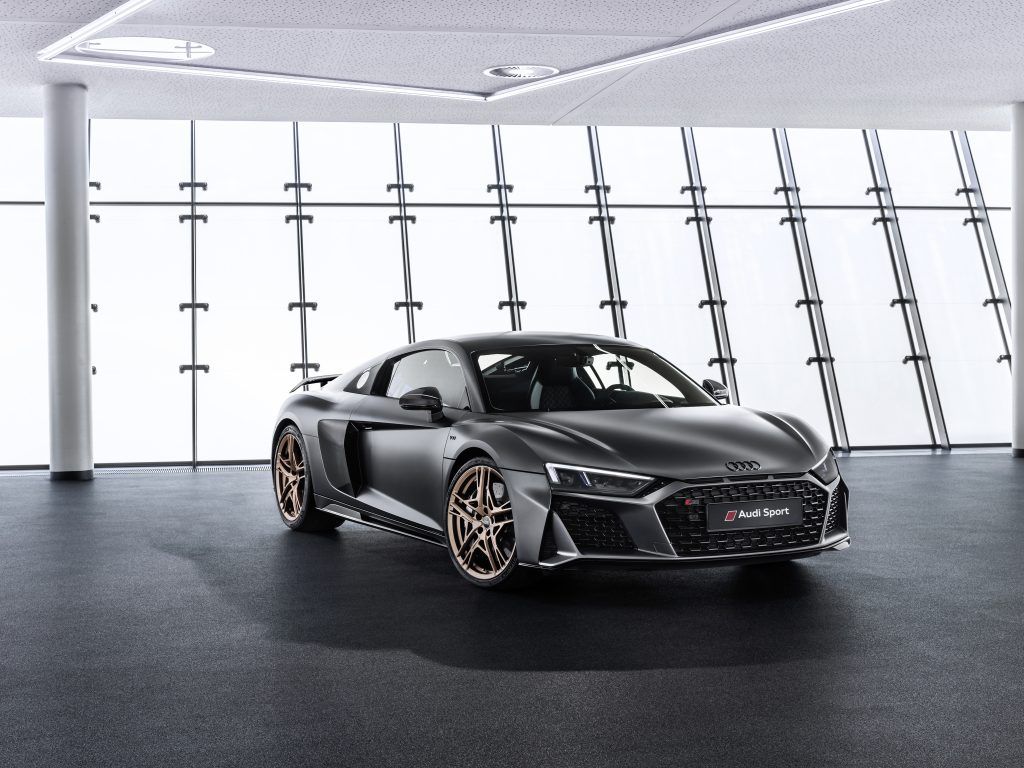 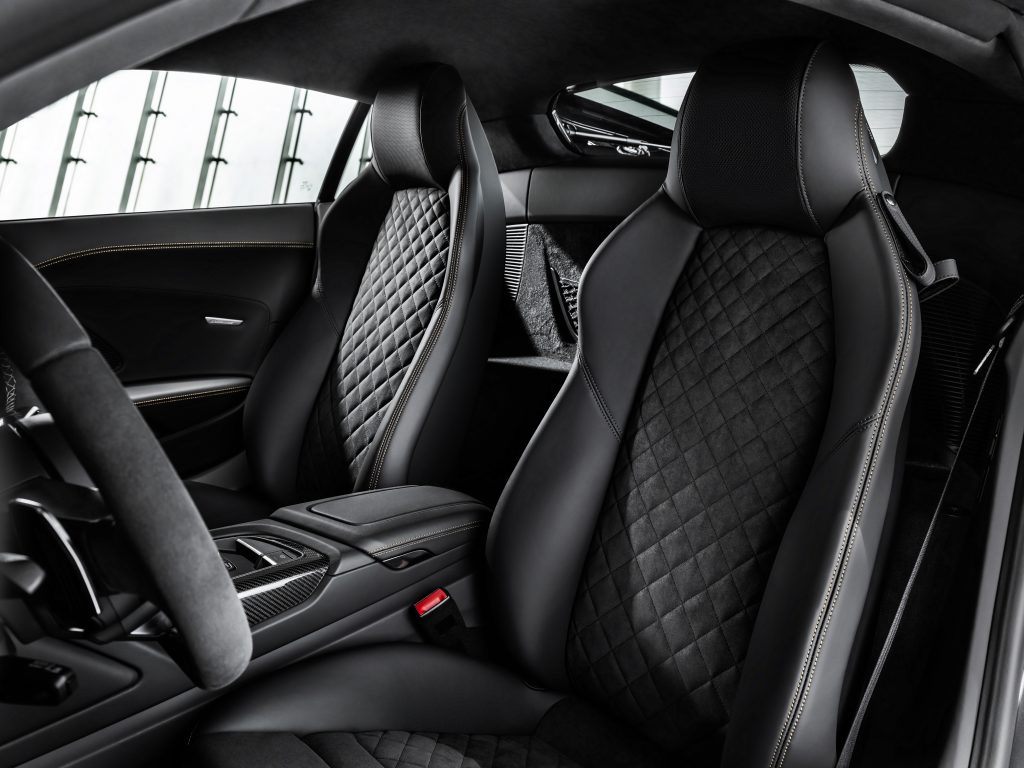 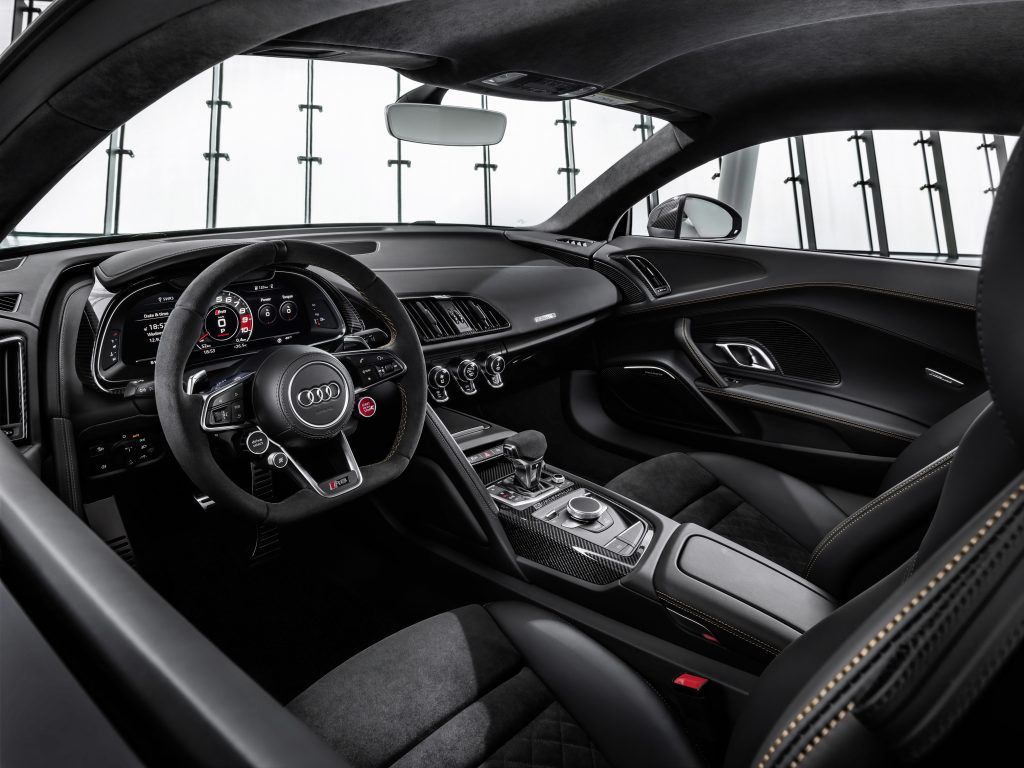 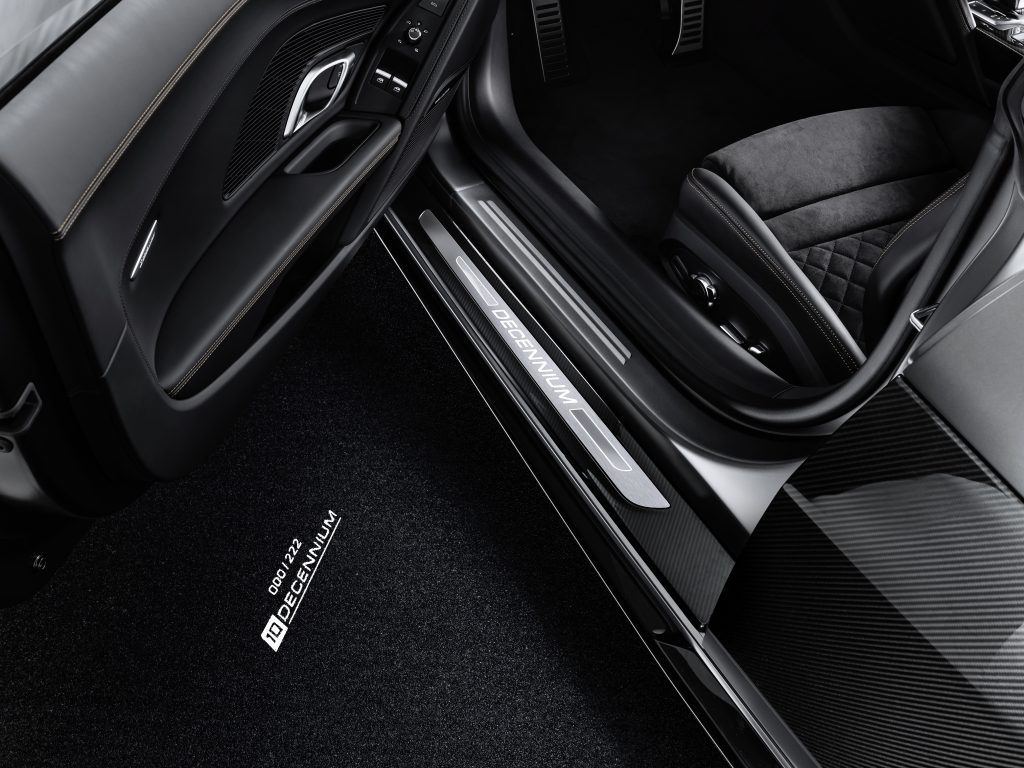 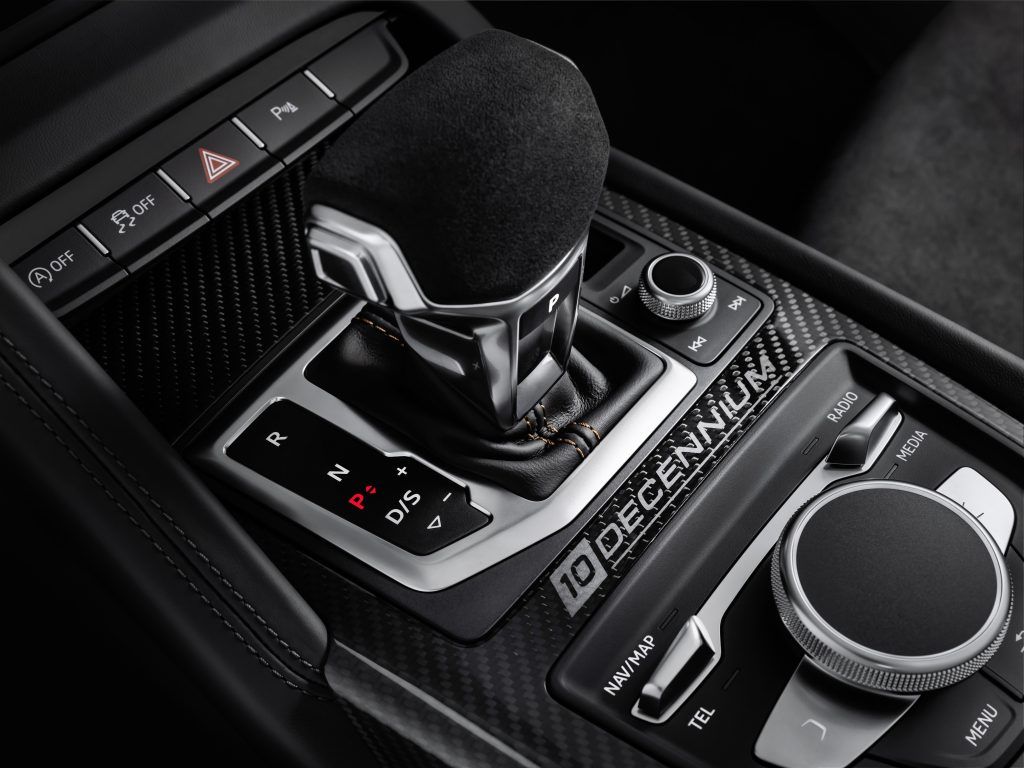 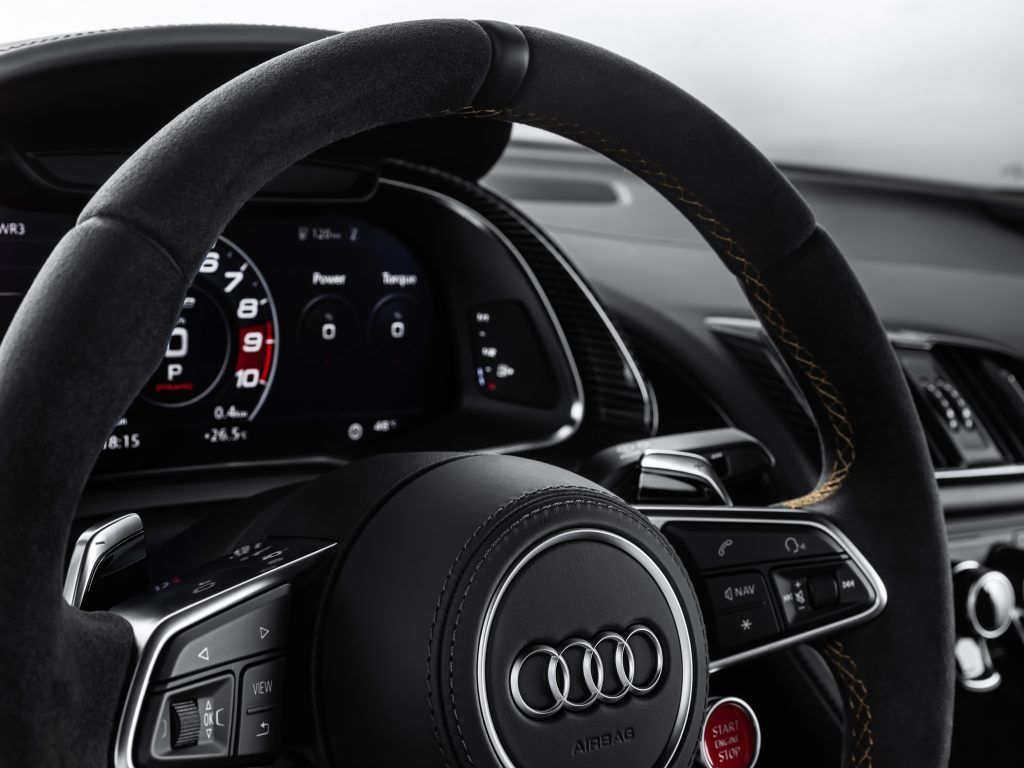 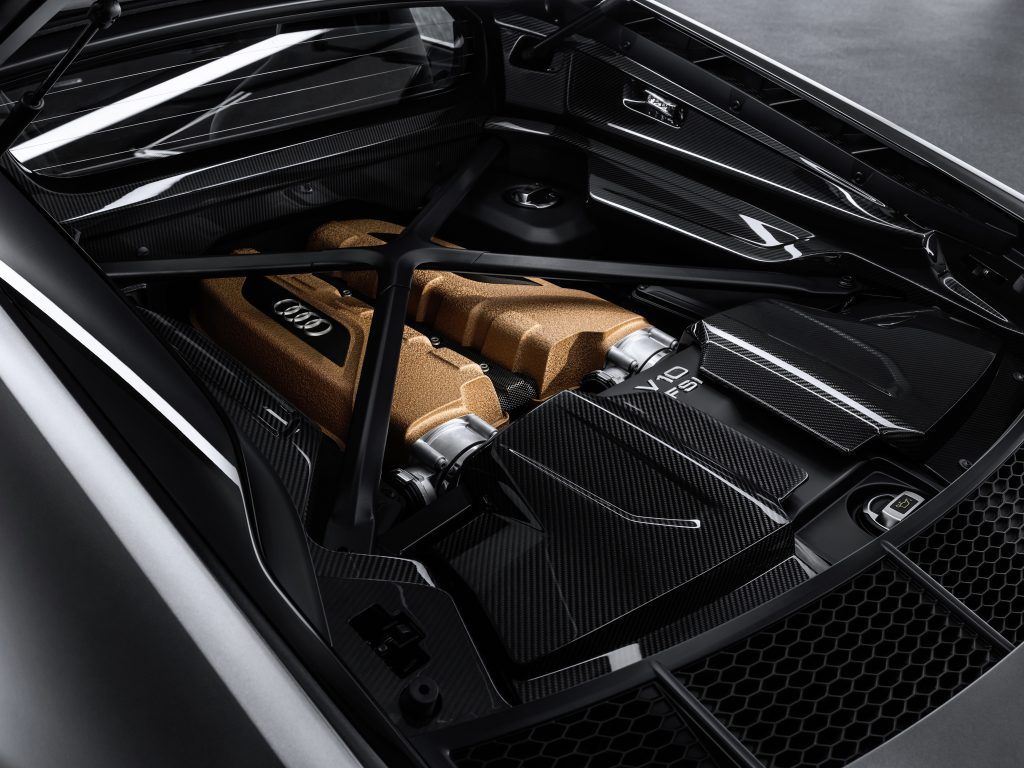